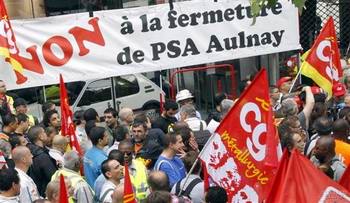 According to Bloomberg News, the French PSA Peugeot Citroen recently announced that it will reduce the number of employees by 1,500 on the basis of the previous layoffs. The time limit is before 2014.

PSA Peugeot Citroen spokesman Jonathan Goodman said that as the European auto market fell to the lowest point in 17 years, the company was forced to lay off further; after 8,000 layoffs announced in July this year, it will be before 2014. In France, another 1,500 layoffs were made and the retrenched employees no longer changed their positions. This means that the cumulative reduction in the number of Peugeot Citroen personnel this year will reach approximately 9,500. Last year the company had planned to lay off more than 6,000 people.

On December 11, the French FO union chairman Christian Lafay stated that after the layoffs, the number of Peugeot CitroÃ«n employees in France in 2014 will fall to 55,900, a 17% drop.

Erich Hauser, an analyst at Credit Suisse, estimates that Peugeot CitroÃ«nâ€™s layoffs can save costs by â‚¬70 million a year, or about $91 million. At present, Peugeot CitroÃ«n has a loss of about 200 million Euros per month. In October, it is expected to have a total debt of 3 billion Euros at the end of this year, exceeding the expected value of 2.5 billion Euros in July.