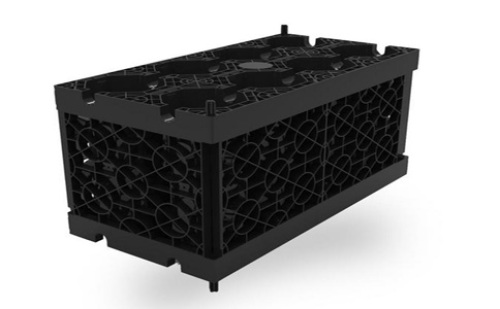 Introduction: Rainwater harvesting is of vital importance to the production and livelihood of mankind. It has the significance of slowing rainwater flooding in urban areas and declining groundwater levels, controlling stormwater runoff pollution, and improving urban ecological environment.

U.S. rainwater use is mainly for the purpose of improving natural infiltration capacity. Through the construction of underground water storage systems and the establishment of roof water storage methods to collect rainwater, it not only utilizes the ecological and environmental functions of rainwater, but also reduces the pressure of municipal flood control. For example, in the â€œLeaky Areasâ€ of Fresno, California, the groundwater recharge system has a total of 133.8 million m3 of groundwater recharge in 10 years, and its annual recharge accounts for 1/5 of the cityâ€™s annual water consumption. . In addition, it has also tried to study the roof water storage and the surface recharge system consisting of infiltration ponds, wells, grasslands and permeable pavements in many states. The United States not only attaches importance to engineering measures, but also formulates corresponding legislation to support the use of rainwater.

Rainwater utilization technology in Germany has matured over the years. At present, there are three main rainwater utilization methods: First, a rainwater harvesting system for roofs is established to collect rainwater from roofs. After a simple method is adopted, the water quality standard for living mixed water is reached as a family. Non-potable water use in public places and enterprises. Second, collecting rainwater through rainwater interception and infiltration systems. Road rainwater is discharged through sewers into large reservoirs along the way or through infiltration of groundwater. By setting up a device for intercepting sewage on the street of urban street rainwater, the interception of larger pollutants carried by stormwater runoff is blocked. In addition, urban grounds are laid with permeable tiles to reduce runoff. Third, establish an ecological community rainwater utilization system. The community builds shallow ditches along the drainage channels and has turf on the surface to promote infiltration of rainwater runoff. Some of the rainwater that exceeds the infiltration capacity enters the stormwater pool or constructed wetland, and can be used as a waterscape or continue to infiltrate.

U.K.: Starting from the Source

In order to solve the increasingly serious water shortage problem and enhance the municipal drainage capacity of major cities such as London, the British government actively encourages the establishment of appropriate rainwater collection and utilization systems in residents' homes, communities and commercial buildings, addressing two major issues at the root. The British government has been adopting legislative measures to promote the collection and utilization of rainwater. For example, it has indirectly promoted the popularization of household rainwater harvesting systems through legal provisions such as the â€œManagement Regulations for Housing Constructionâ€. On the one hand, attention is paid to the collection and utilization of household rainwater. On the other hand, the United Kingdom is also vigorously promoting the use of rainwater in large-scale municipal buildings and commercial buildings.

France is one of the countries of origin of modern cities. The design ideas of drainage, flood control and rainwater circulation in many major cities are distinctive and have different forms. These different surface water treatment systems can spit water like a sponge when it is dry, and can absorb water when it is awkward, allowing the city to avoid the harm caused by internal warts, and at the same time improve the utilization rate of water circulation. In addition, the forces of nature have been fully utilized according to local conditions. With the help of the gradual downward movement of the ground, rainwater flows into the low-lying areas through well-designed canals.

Seoul, the capital of South Korea, has undergone rapid urbanization over the past 60 years and has gradually become infected with urban diseases such as the deterioration of the regional water cycle. During this period, the impervious surface rate in Seoul has increased linearly, and the precipitation drainage mainly depends on artificial drainage facilities, which greatly weakens the natural water circulation capacity. In order to change this situation, the Seoul Metropolitan Government has formulated the "Building a Healthy Water Recycling City Comprehensive Development Plan", starting from improving the permeability of the urban surface, giving full play to the land's own water storage capacity, and recreating the city of Seoul as a "water transfer system." Breathing green city."

Since the 1990s, Japan has revised its past construction laws and required large-scale buildings and large buildings to build underground rainwater storage tanks and reuse systems. In addition, Japan pays more attention to the breathing performance of the ground. Many roads are paved with large stones and asphalt, and the access roads are basically water-permeable bricks, which maximizes the water permeability. At the same time, the ground hardened area should be reduced as much as possible.